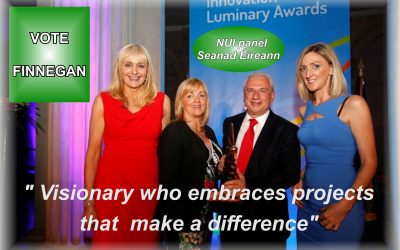 In an interview after my nomination I was asked a very searching question. This is the question and my response. Who has inspired you? I am a product of place, the people I have encountered, and the depths I am still discovering as I travel to my own soul. My...

END_OF_DOCUMENT_TOKEN_TO_BE_REPLACED 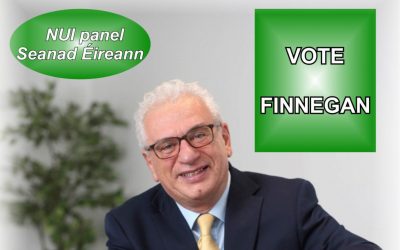 We can all have ideas for change and we can all push the case for action, but the reality is that we need to win and motivate the stakeholders who control the resources that enable action to happen. I learnt the skill of doing just this when I worked in FAS and also...

END_OF_DOCUMENT_TOKEN_TO_BE_REPLACED 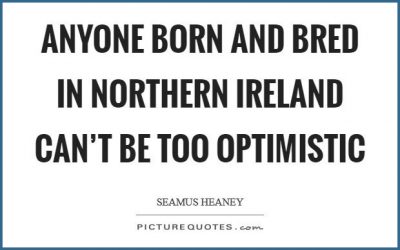 The North and Unity?

The North … Brexit and a United Ireland … the when, the how, other options! Ireland, North and South, remains trapped in the Partition debacle of the 1920’s. One island, one people, differing allegiances and an international border. In practise the great advantage...

END_OF_DOCUMENT_TOKEN_TO_BE_REPLACED 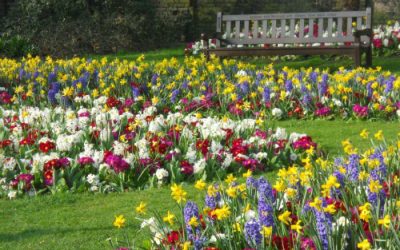 Easter – More than just an Egg Easter morn has dawned and the three day deluge has stopped at last.  Three days of non stop rain is hardly what one expects in Spain in April. Yet now the heavy dark clouds are lifting, the sky has lightened and every so often a ray of...

END_OF_DOCUMENT_TOKEN_TO_BE_REPLACED 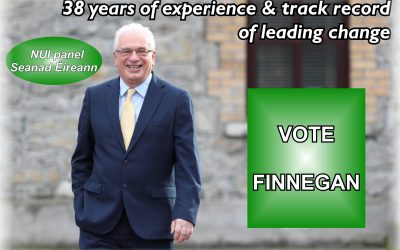 We can solve the Housing challenge

Can we solve the housing crisis? The simple answer is yes. But to address the housing crisis we need to change the narrative that has been allowed to develop, and start our solution from a different starting point . The issue is not homelessness but rather the right...

END_OF_DOCUMENT_TOKEN_TO_BE_REPLACED 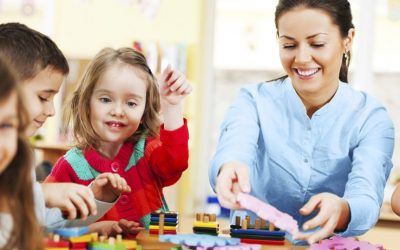 Teaching – is the lifeblood of Education rich enough?

Education is the bedrock of our well being as a society, as an economy and as a people. It has often been stated that our greatest resource is our people. We have nurtured that resource and enriched its potential by the professionalism, dedication and...

END_OF_DOCUMENT_TOKEN_TO_BE_REPLACED

I have received this series of questions in respect of Irish Citizens living abroad :

I am writing on behalf of Votes for Irish Citizens Abroad (VICA), an organisation which is campaigning for the right of Irish citizens to vote for President — whether they are resident in the Republic, the North, or further afield.

In the past years we have secured support from all political parties on extending the Presidential vote to all Irish citizens, with the government committing to a referendum on the issue as soon as is practicable.

The vast majority of European countries allow citizens to retain some voting rights no matter where they may reside, but Ireland lags behind on this important issue. In essence, one of the most basic rights of citizenship is stripped from emigrants and from any other citizen who lives outside the State.

I am contacting you to understand your perspective on the issue as a candidate for the Seanad — and, indeed, a candidate who will be elected by citizens living outside the State (Seanad elections are the rare exception where votes can be cast from anywhere).

– Do you support the right of all Irish citizens to elect their President?

– Do you support a referendum on the issue in the new programme of Government, as soon as is practicable?

– Do you have any other thoughts or contributions on the issue which you would be happy to share?

I established the International Relations function in Dublin City Council. Prior to that as Director of the City Development Board I had developed a range of global connections to support the objectives of economic, social anc cultural development. Our strength as a Nation is very dependent on our diaspora. We are quick to call on them but slow to give them acknowledgement and a share in how Ireland is governed and our policies and legislation formed.

My direct experience of working with Irish citizens abroad relates to the USA ( San Jose CA ; Washington ; New York and Buffalo ) , the UK (liverpool , London, Cardiff, Edinburgh, Glasgow, Manchester) , the EU (germany, Holland, belgium, France, Spain, Italy, etc) , China , Russia , South Africa., Mexico. I organised an all island gathering of sister cities between Ireland and the USA as part of the 1916 centenary and entitled it independence and interdependence,

I was asked a question recently about Seanad reform this was my answer :

” I would keep the Seanad to balance, check and address the weakness of our Dail electoral multi-seat , party whip system. In summary because the Dail has many TDs acting like local Councillors and focused on the local; the Seanad should be focused on the national and have no party whip, nor indeed party affiliation among its members. It should be much smaller in number(30), be elected at the same time as the Dail, be a full time chamber and have greater powers . My preference would be for PR multi-seat election in six constituencies : Dublin(6) ; Munster(4); Leinster excluding Dublin(4) ; Connaught(4) ; and Ulster (including Northern Ireland)(4) and Diaspora (6)(global Irish citizens registered to vote). Election would be by Universal suffrage. Ideally I would like no one running for Seanad to be formally Party affiliated and most certainly would like to ensure that Senators are not subject to any party whip on issues. “

I would also strongly argue for a two specific Dail Constituencies where Irish citizens living abroad could vote in namely European Union &UK (5 seats) and rest of the world (5 seats) . I would also like the reform process to change the manner in which voter registration happens. Voter registration should be automatic and based on Birth date. Voters then should choose which constituency they wish to affiliate to based on place of birth, place of living (study etc), place of work, place of family ties. Every five years a six month window of opportunity should allow them to make a change in their consitutency subject to choosing one of the previous mentioned affiliation categories and providing documentary proof of same. It should be possible to do all of this online. In such circumstances Irish citizens abroad have a choice of choosing one of the global consituencies to affiliate their vote with or a domestic constituency. Thus the voice and opinion of Irish citizens abroad would influence Government Policy and those whom we depend on to be our global ambassadors and global connections would be allowed inside the gate of national decision making. I should add that as a native of Northern Ireland i also favour extending the franchise and creating in Dail elections a NI consituency .

I am also in favour of citizens abroad being facililtated to vote in EU Parliamentary elections in Ireland .

I therefore support a planned development of the above, beginning with votes within the National Constituency that elects the President.. I would therefore fully support an early referendum . I would bring forward debate and seek legislation enabling citizens abroad to vote in elections to a reformed Seanad ( as detailed above) and in Dail elections. While my preference for the basis of the Dail particiaption is outlined above I have worked long enough within the Public Service to know that every radical change requires stakeholders to agree, and is often incremental in nature. In respect of Dail elections therefore the compromise may well mean not proceeding immediately with the dedicated global constituencies but to grant the vote within domestic constituencies based on last residence prior to leaving Ireland.

I trust the above clarifies my position. Electing the President shapes the symbolic and “moral” leadership of Ireland ; but electing the Dail shapes the Government and governance of Ireland.

Ireland’s economic, cultural and social strength is in it’s global reach . It’s moral strength and influence relies heavily on the impact for good of that same global reach which includes development workers and missionaries in developing countries. We can only gain by widening the range of experiences and ensuring the global perspective is present within the Oireachtas and in the election of the President.