The North and Unity? 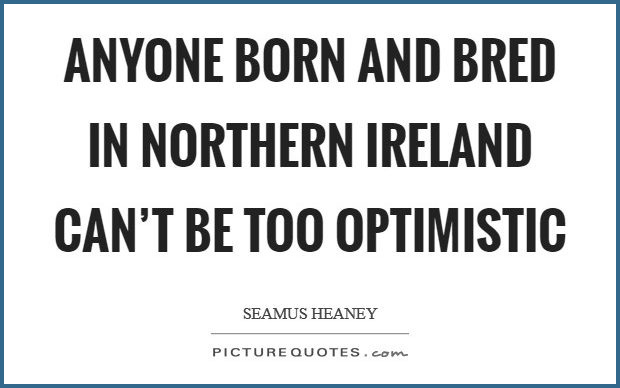 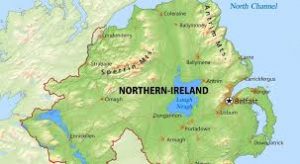 The North … Brexit and a United Ireland … the when, the how, other options!

Ireland, North and South, remains trapped in the Partition debacle of the 1920’s. One island, one people, differing allegiances and an international border. In practise the great advantage offered by membership of both the UK and the Republic in the EU was that the Border became seamless, and its relevance reduced. Brexit has changed that reality, even if the “divorce” settlement is delivered on. The Good Friday agreement made provision for a Border Poll which would allow the majority to decide on a United Ireland or a continuation of the union with the UK. But like the Referendum that saw the Brexit decision made by simple majority, the simple majority decision taken in complex and historically fraught contexts can create more problems than it appears to solve. Furthermore when the costs of unification are spelt out during a referendum campaign, the real and present danger, especially in any economic post Brexit downturn, is that the vote would be against unification, not in the North but in the Republic.

So perhaps it is now time to realise that we do not need to be captives to a binary choice: continuing union with Great Britain versus unity with the Republic of  Ireland. Let’s be creative and counter intuitive!  What are the other possible options?

The starting point in any consideration of other options is the harsh realistic fact that without huge British subsidies Northern Ireland would not survive. The extent and the imbalance in those subsidies and financial transfers, in comparison with Public expenditure in England in particular, finally dawned on Boris Johnson during the recent UK election. There are many in England in particular who would gladly wave goodbye to Scotland and to Northern Ireland. On the other hand the Republic would have to devote significant tax revenue to replace any “departing” UK subsidies in the event of unification on the island. Economically the UK would gain in the long term by “divorcing” Northern Ireland while the Republic would incur significant cost in the medium term in any “marriage”.

If the history of Northern Ireland has taught us anything, it is that the among the “defeated” there will be those who see the path of violence as the means to achieve their end. In a United Ireland there will always be a hard core of Unionists who will seek to break the union by insurrection. Partition arose because of the birth of the Ulster Volunteers as a reaction to the Parliamentary triumph of Nationalist Ireland and the promised Home Rule Act.

So perhaps there is a middle way, ironically made more possible by Brexit itself. For just over 100 years the inequality in the “Union status quo” has favoured the Union with UK camp. A referendum on Irish Unity if conducted and won on both sides of the border would reverse that inequality, not remove it. What if the Belfast Agreement was expanded to allow for the creation of a “semi-independent” Northern Ireland, whereby the inequality in the Union status quo would be redesigned to create equality.

The UK, Ireland, and the EU could as a process, parallel but separate, to the Brexit Trade Negotiations, negotiate a new constitutional  and economic status for Northern Ireland.

The objective would be to develop the economy of Northern Ireland and establish a constitutional status that bridged the allegiances to the UK and to the Republic. Northern Ireland could have a dual Head of State, on one hand the Queen and on the other the President of Ireland. The UK would honour for the future all legacy commitments in respect areas such as pensions, while changing on a phased basis over ten years its subsidies to bring them into line with those given per head to England.

They would also create an Economic investment Fund which would be matched by the Republic and by the EU to stimulate economic growth, social equity, education, and jobs outside the Public Sector in Northern Ireland. The fund would be overseen by a Board with equal representation from the UK, Republic, EU and all parties in the NI Assembly. It would have an independent chair of International standing with a track history in securing economic growth.

Citizens of Northern Ireland would hold dual nationality of the UK and the Republic, and could choose whichever of both passports. The EU would grant special status to Northern Ireland and recognise it as a territory within the EU and with full market access for all goods, agricultural products and services created (not merely assembled) in Northern Ireland. Northern Ireland companies would operate under EU law and regulations. The UK for its part would grant equivalent access to goods, agricultural products and services from Northern Ireland and would only require divergent regulations if the UK regulatory environment was higher. Politically, Northern Ireland by PR vote within the Assembly would elect five Representatives (TDs; MPs; MEPS) to the Dail, the Westminster Parliament and the EU Parliament . These would have speaking rights but no voting rights in each of these institutions. The 15 representatives so chosen would constitute a “constitutional second chamber” as an advisory body to the NI Assembly. After a period of ten years a Citizens’ Assembly along the lines of the Republic’s Citizen Assembly would convene to debate the future constitutional arrangements and prepare for a Referendum on Irish Unity.

The above approach has at its core the idea of equating both sets of constitutional aspirations while also addressing the underlying economic weaknesses within the NI economy. It creates a path which allows for future decision on Irish Unity but does so by removing the one obstacle that could derail it, the economic burden that would arise. From the UK perspective it also addresses the economic burden currently carried, and creates a pathway to reduce or eliminate it over ten years. The EU resolves the still “uncertain Brexit divorce settlement” issue of the Border on the island and advances its commitments to date in respect of ending conflict and creating peace in Northern Ireland.

Could it happen? It would of course need the Assembly to agree. Most importantly it would require the Unionist Block to think beyond their own traditional mindset. For them it opens up the road to securing continuing “Britishness” and removes the potential threat of an early and successful border poll. They surrender the increasingly dubious certitude that London will always want them in Union and gain a Treaty status clarity that they remain British. They also secure the investment and market access that could make Northern Ireland a prosperous economy. For the Nationalist community it creates the equality of status they desire. It does mean surrendering the “Unicorn” dream of a United Ireland but would secure an island united in peace, borderless and economically prosperous.

Has it been done before? Look no further for historical co-ownership possibilities as that which applies to micro-states within Europe such as Andorra.

Peter Finnegan is from Northern Ireland and living in the Republic. He was previously Director of International Relations with Dublin City Council. He is currently a candidate on the NUI Panel for Seanad Eireann. 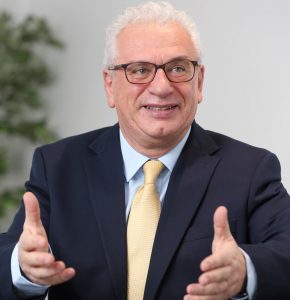