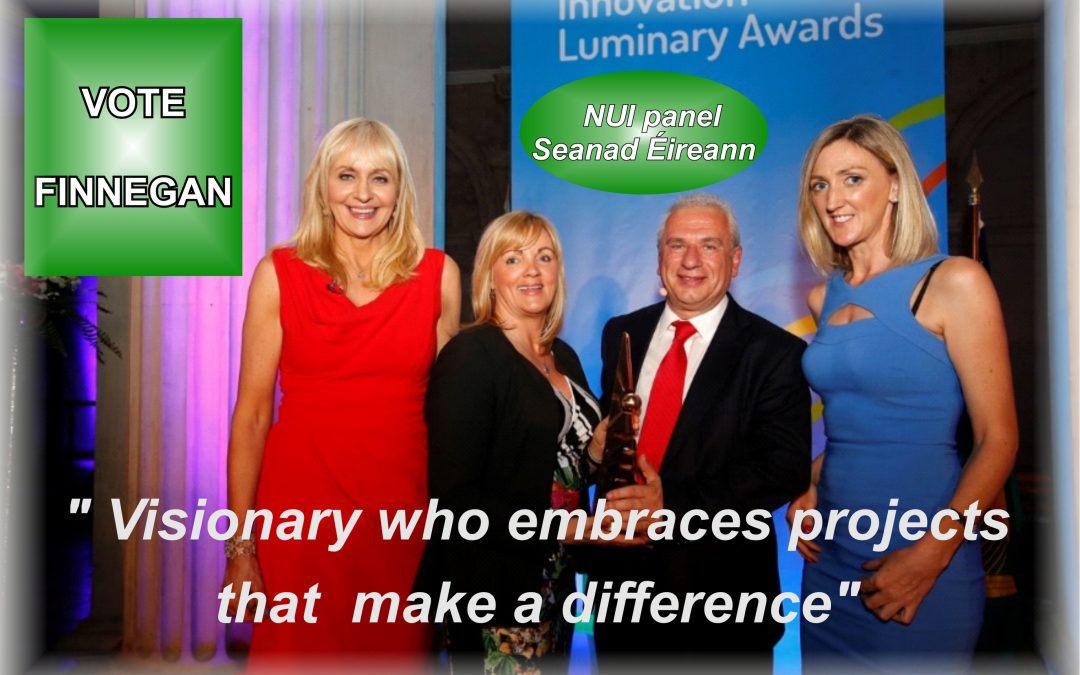 In an interview after my nomination I was asked a very searching question. This is the question and my response.

Who has inspired you?

I am a product of place, the people I have encountered, and the depths I am still discovering as I travel to my own soul.

My inspiration comes from family and teachers and friends who gifted me with the space and encouragement to “be my own person and be independent in thought and courageous in action”. My maternal grandfather was a Republican and a Trade Unionist when being either one was not flavour of the month in 1920’s Northern Ireland. He lived to be 91 and his independence of spirit was an example to me. My primary school teacher was also an independent thinker and he taught us to question and to think creatively.

My belief in building coalitions and collaboration comes from being the eldest of nine children from a working class, Northern Ireland background and growing up in a mixed community at the height of the Northern Troubles. The key to resolving differences is not violence but rather dialogue and identification of shared vision around shared challenges. I learnt early on that the game of life was not about winning or losing but rather how you played the game with passion and integrity.

I am an admirer of the late Seamus Mallon, the late Fergal Quinn, existing Senators such as Lynn Ruane and Frances Black. I see hope and courage for change in the voices of leaders like Pope Francis,  Mary Mc Aleese, Michael D Higgins and Naomi Long.

I have learned and developed myself and my views from all those I have encountered along my journey to date, from Lord Mayors of Dublin, to Innovators and thought leaders in business and community, to determined educators, to cultural creators, and most especially to individuals who faced with terminal illness or tragic loss of loved ones remain strong in spirit, determined to engage and embrace every hour or every day, no matter what lies ahead on the horizon.

I really only found my voice in Leaving Certificate year when classmates who had been caught smoking asked me to represent them with the Principal. My first year in College I was elected to the Student Council, by second year I was Vice President and led the referendum to establish a Students Union. In my first year of Theology Studies I was President and made sure that Maynooth funded the subsequent Presidents as full time Union Officers. I also finished and opened the first Union Building and Bar in Ireland. I learned a great deal about real politics and about maintaining friendships across difference. It was a year of two student strikes and despite our different roles and positions I remained a friend of the then President of Maynooth and afterwards Cardinal Tomas O Fiaich.

There is no part of my life I would wish to change because every chapter in my book of life is full of people who made a difference to me. Maynooth, my classmates, my teachers, and my connection to USI, GAA and Soccer beyond Maynooth are an invaluable and valued part of who I have become.